After things went haywire between the two last week Funk Flex and Conway The Machine came together for a new freestyle dedicated to a late Hot 97 colleague. 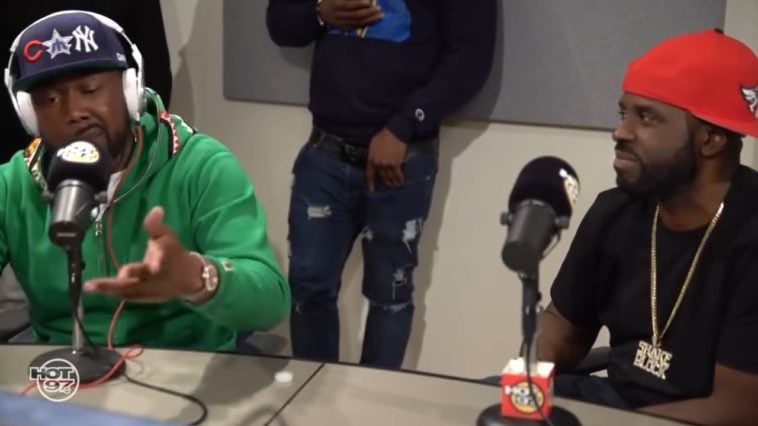 Funk Flex and Conway The Machine put their differences aside and linked up for an exclusive freestyle on Hot 97 in tribute to the late Steve Smith who helped create the station back in the day.

Conway started off the track by calling out his haters who want him to fall off:

Later on in the freestyle, Conway took a shot at people who troll him on Instagram:

“Niggas on Instagram talking like one of the frauds, fuck around and put in the trunk in one of your cars.”

Some folks on Twitter were not really enjoying the freestyle all that much.

Another user said: “Funk Flex really was playing the wackest Conway song on Hot 97 tonight, nigga a troll for real.”

Prior to the freestyle, Flex, and Conway were on bad terms due to the Griselda’s member comments on New York DJs

“Hahaha! Huh! Why do I get on the nerves of a multi-platinum slash worldwide touring artist like Griselda? Managed by Roc Nation and signed to Interscope and Eminem?”

Flex set the record straight and explained that his age shouldn’t have Conway bothered.

“I’m old, over the hill, irrelevant, plus I’m not in tune with the new generation my support is not needed? Why Do I make so many people upset?”