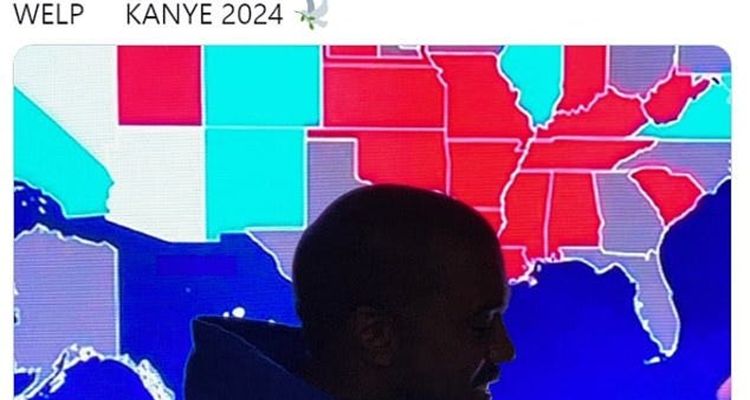 Kanye West says he will run for president again in 2024 with the help of Milo Yiannopoulos.

Both men were spotted by paparazzi over the weekend, with Yiannopoulos being described as “working on the campaign.” When asked if he had plans to run for president again, the rapper said, “Yes, it’s simple; it’s just we’re moving toward the future.” Both Kanye West and Milo Yiannopoulos were reinstated on Twitter following Elon Musk’s $44 billion takeover of the platform.

Yiannpoulos previously worked as an intern with the Marjorie Talor Green campaign, but it appears he’s moved on to Kanye. Kanye West previously ran for president in 2020–but the effort was slapdash at best. Perhaps the most famous incident came from a rally in which the rapper wore a bulletproof vest and broke down crying.

For the 2020 presidential election, Kanye West’s name only appeared on the ballot of 12 states. He earned some 60,000 votes on election night, representing less than 0.1% of the final vote.

Since that failed presidential bid, Kanye West became increasingly erratic in behavior. His public split with his wife, Kim Kardashian, came with a huge backlash towards Pete Davidson–who she dated immediately afterward.

Following antisemitic comments Kanye West made earlier this year, he lost his billionaire status. Adidas and GAP both broke long-term partnerships with the rapper following those comments. Adidas has confirmed it will continue to sell its Yeezy-designed shows under a different name.

GAP has scrapped its partnership with the rapper entirely. On October 25, the merchandiser pulled its entire line of Yeezy Gap clothing and shut down the online storefront at YeezyGap.com.

“Antisemitism, racism, and hate in any form are inexcusable and not tolerated in accordance with our values,” the retailer writes. “On behalf of our customers, employees, and shareholders, we are partnering with organizations that combat hate and discrimination.”