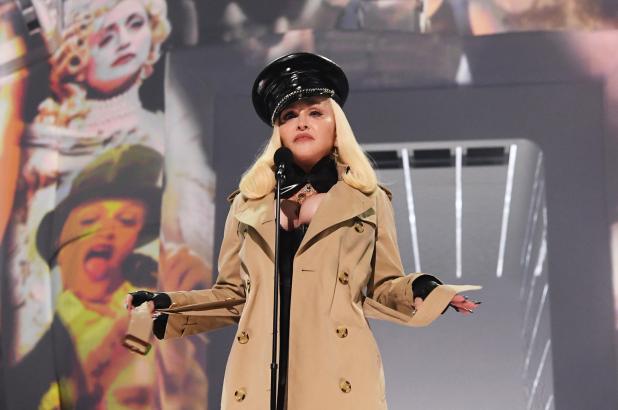 Madonna revealed she’s not interested in selling off her music catalog.
Getty Images

Turns out, she really is a Material Girl.

Madonna revealed she won’t be joining the likes of Bruce Springsteen, Sting, Justin Timberlake, and Bob Dylan in selling their music catalogs in exchange for big bucks.

“They’re my songs. Ownership is everything isn’t it?” the multi-Grammy Award winner told Variety. “I mean, that’s why [manager Guy Oseary is] buying [NFTs].”

The 63-year-old singer, who is widely recognized as the “Queen of Pop,” suggested there’s no amount of cash large enough for her catalog to be handed off.

In fact, she’s only interested in expanding her catalog.

The “Like a Prayer” hitmaker said she’s searching for “interesting, fun ways” to re-release her old tracks and “introduce my music to a new generation.”

“The whole thing with ‘Frozen’ was so fun, but I woke up one day and went, ‘I’m sick of living in the past!’” she told the outlet. “I want to go on tour again, I’m a creature of the stage. That is my happy place.”

Madonna was referring to the infamous Sickick remix of her 1998 track “Frozen” featuring Fireboy DML. The hit took TikTok by storm last year and turned into a pretty lucrative deal for the singer herself.

It comes as Timberlake, who collaborated with Madonna on her track “4 Minutes” in 2008, sold his entire music catalog in May.

The former NSYNC member sold his hits to a London-based music investment company backed by private equity firm Blackstone for an eye-watering $100 million.

His stable of hits includes “Bye Bye Bye” and “Girlfriend” from his NSYNC days; “Cry Me a River,” “SexyBack” and “Mirrors” from his solo career, and “Can’t Stop the Feeling!” from the 2016 animated film “Trolls.”

“I look forward to entering this next chapter,” the pop star said in a release.